Oxford BioDynamics PLC (OBD) is a revenue generating biotechnology company; focused on the discovery and development of epigenetic biomarkers for use within the pharmaceutical and biotechnology industries. OBD’s strategic aim is to become the biomarker discovery technology platform company of choice.

From its early days as an Oxford University spin-out in 2007, OBD has evolved significantly, both scientifically and commercially. The company’s successful IPO in late 2016 has enabled it to further fund the development of the award-winning, proprietary technology platform, EpiSwitch™. Therapeutic areas and indications include oncology, autoimmune disease, immunotherapy, metabolic and neurodegenerative conditions.

The Board re-engaged Carolyn Douthwaite to support the Board growth through the appointment of independent NEDs, with a commercial heritage and specific cultural values, as part of the commercial transition of the business. Working closely with CEO, Christian Hoyer Millar, an extensive search was conducted. This resulted in the appointment of David Holbrook and Peter Pack as NEDs; and Bartu Ahiska as SVP Commercial Europe.

Christian Hoyer Millar commented ‘Carolyn once again fully interpreted our brief and delivered an impressive selection of short listed candidates for the Board to review. She brings pace to a search, listens, thinks outside the box and challenges our thinking in order to bring about a successful result’. 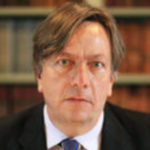