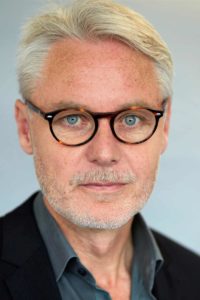 Trained as a Chemist and Molecular Biologist, I have been CEO for several companies over the past 20 years, helping to start, build and exit life science companies in Germany and the UK. I have worked in the biotech industry since 1992 when I started as one of the first employees of Morphosys which was founded by my PhD mentor Andreas Pluecktun and Simon Moroney (who came from the UK) in that year.

I recently stepped down as CEO of Crescendo Biologics in Cambridge, where I lived and worked for the last 4 years in this fantastic UK university town and biotech environment which is unique in Europe. I recently moved back to my home near Heidelberg, Germany and focus on Board seats in Oxford (Oxford BioDynamics) and Strasbourg (PolyPlus), also working as a consultant for PE firms.  My three sons study abroad in the Netherlands and in Japan. My hobbies are photography (www.packwerk-photos.de) and slow cooking.

Key milestones in your career journey to date?

Who has had the greatest influence over your career?

Your approach to spotting and developing top talent?

Find and support new staff members by feeling their true enthusiasm for the life science industry and the company. Give them the freedom to develop their talents.

What attributes make an outstanding leader in today’s world?

Listen carefully to people with more knowledge. Be able to admit a mistake and change your decisions if you are wrong.

What is our industry’s contribution to improving climate change?

Unfortunately none; we help to diagnose diseases early and to cure patients but burn a lot of fuel for that, travelling to international conferences, commuting between countries etc.

How do you create a culture of continual learning, innovation and curiosity?

Create an environment which is never boring, never allow routine to kick in (innovative people all hate routine work).

What’s your hidden talent or something that might surprise others about you?

Thoughts on the current funding model for early stage companies?

What will be the biggest technological transformation in the industry over the next 5 years?

Your views on encouraging volunteering amongst colleagues?

Your legacy to the sector?

Your simple philosophy on life?

Click here to read more of our BioLeaders interviews.