LifeArc is a leading independent medical research charity that rebranded since its formation as the MRC-T over 25 years ago. LifeArc’s expertise has helped bring a number of new innovations to market including major commercialised antibody treatments such as Keytruda® (pembrolizumab). As an independent charity, LifeArc is guided and governed by a Board of Trustees comprised of leading figures from the Pharmaceutical, Biotech, Charitable and Investment sector.

As part of a strategic relationship, PIR International partnered with LifeArc to appoint a new Non-Executive Finance Trustee to its board. As a result of a thorough search exercise, drawing upon its extensive board level network, PIR identified and presented a broad selection of highly experienced and diverse non-executive profiles. As a result, LifeArc appointed Lynne Robb to its Board of Trustees in June 2020.

On PIR’s involvement in her appointment, Lynne Robb comments: “My recruitment as a Trustee for LifeArc was a first for me, being done on a total virtual basis during lockdown.  Despite this, Stuart and PIR made the process very simple, kept me fully informed and invested a lot of time to help me understand LifeArc and the needs of the role. Very professional, providing valued support.”

Melanie Lee, Chief Executive Officer of LifeArc, comments “PIR have consistently delivered high calibre candidates for LifeArc, demonstrating a clear understanding of our business needs. We had very specific requirements in mind when looking to recruit a new trustee for our board and PIR were able to offer us a candidate to suit the role and the culture of our organisation. I would not hesitate to work with them again.” 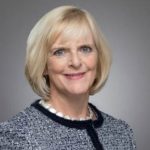