LifeArc is a leading independent medical research charity that rebranded since its formation as the MRC-T over 25 years ago. LifeArc’s expertise has helped bring a number of new innovations to market including major commercialised antibody treatments such as Keytruda® (pembrolizumab). The success of Keytruda® has resulted in the receipt of nearly £1billion for monetising a portion of its royalty rights, funds which LifeArc have sought to effectively deploy to increase the impact that they deliver. As LifeArc undergoes transformative change, Melanie Lee, CEO, sought to appoint several experienced executives from the life sciences sector to support its long-term vision to be a leading and inspiring global charity focused on major translational advice, science and funding

As part of a strategic relationship, PIR International partnered with LifeArc to appoint several important roles within the independent medical research charity. Namely LifeArc sought to hire a Chief Business Officer and a Head of LifeArc Ventures. As a result of a thorough search exercise, identifying and presenting a broad selection of highly experienced profiles, LifeArc appointed Dr Ian Campbell as Chief Business Officer and Clare Terlouw as Head of LifeArc Ventures.

On PIR’s involvement in his appointment, Dr Ian Campbell comments: “I am excited to be taking up this new role as Chief Business Officer at LifeArc and to have the opportunity to build the innovative alliances that will help realise LifeArc’s ambitions and build on its reputation as an integral part of the UK life sciences community. It has been a pleasure to have worked with PIR International, namely Sally Hope and Stuart Penney, as an integral part of my appointment to LifeArc. Their professionalism and expertise grants them a well-earnt reputation as a leading executive search partner in the life sciences sector. ”

On PIR’s involvement in her appointment, Clare Terlouw comments: “LifeArc has an important role to play in translational funding in the UK and I am pleased to be joining the team to develop and lead LifeArc’s strategy for life sciences investments. It’s an exciting opportunity to enhance funding into promising UK research. Many thanks to the team at PIR who were very professional and easy to work with, and fully integrated into what LifeArc was aiming to undertake. I would highly recommend them in future.”

Melanie Lee, Chief Executive Officer of LifeArc, comments, “We chose to work with PIR on our most recent senior level searches and they were successful in helping us to secure the right talent. The team at PIR were knowledgeable about our industry and were thoughtful and thorough in gathering information about the role and our organisation before they began the search. They also managed this in a professional way working as partner to LifeArc. We’ve been very happy with PIR and would not hesitate to work with them again.” 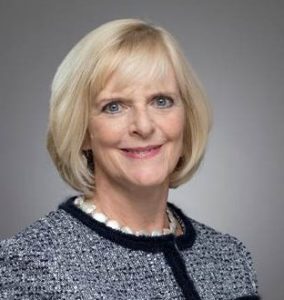